ANAHEIM, CA - JULY 24: Chris Herrmann #12 of the Minnesota Twins runs to first base as he is forced out in the top of the 5th inning on the throw to Mark Trumbo #44 of the Los Angeles Angels of Anaheim during the game against the Los Angeles Angels of Anaheim on Wednesday, July 24, 2013 at Angel Stadium in Anaheim, California. The Angels won the game in a 1-0 shutout. (Photo by Paul Spinelli/MLB Photos via Getty Images) *** Local Caption *** Chris Herrmann;Mark Trumbo 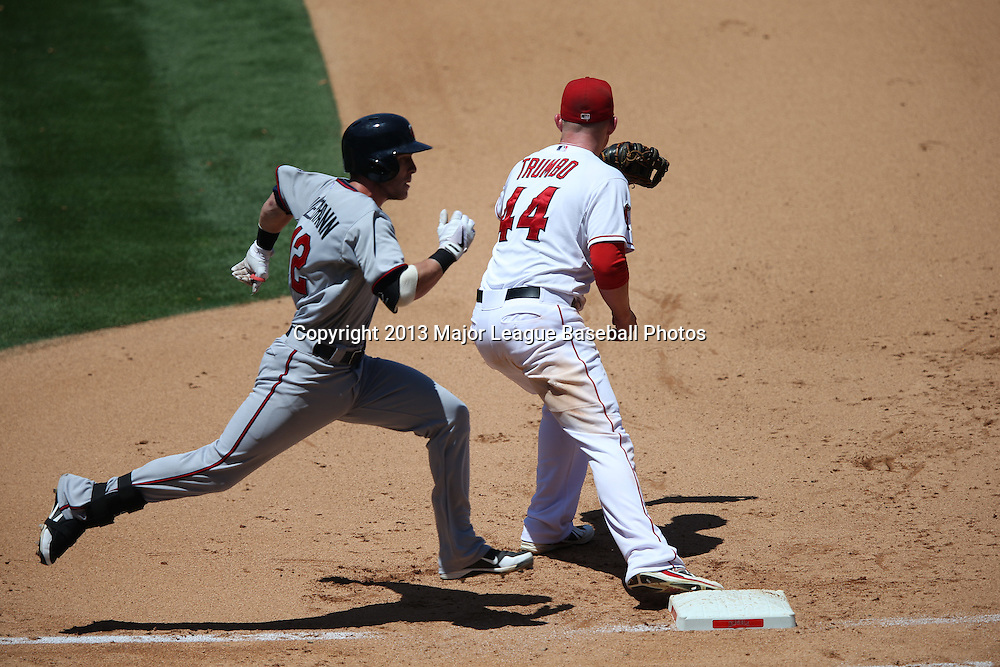