LOS ANGELES, CA - APRIL 28: Carl Crawford #25 of the Los Angeles Dodgers runs the bases after hitting a solo home run, his second of the game, that gives the Dodgers a 2-0 lead in the bottom of the fifth inning during the game against the Milwaukee Brewers on Sunday, April 28, 2013 at Dodger Stadium in Los Angeles, California. The Dodgers won the game 2-0. (Photo by Paul Spinelli/MLB Photos via Getty Images) *** Local Caption *** Carl Crawford 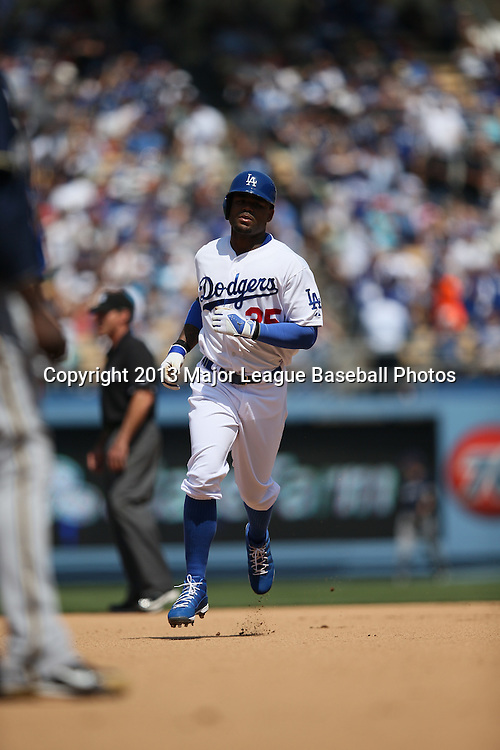