OAKLAND, CA - DECEMBER 19: On a day in which he passed for a season high 371 yards and matched a career high 5 touchdown passes while completing 21 of 37 passes, quarterback Kerry Collins #5 of the Oakland Raiders gets ready to unload a pass against the Tennessee Titans at Network Associates Coliseum on December 19, 2004 in Oakland, California. The Raiders defeated the Titans 40-35. ©Paul Anthony Spinelli *** Local Caption *** Kerry Collins 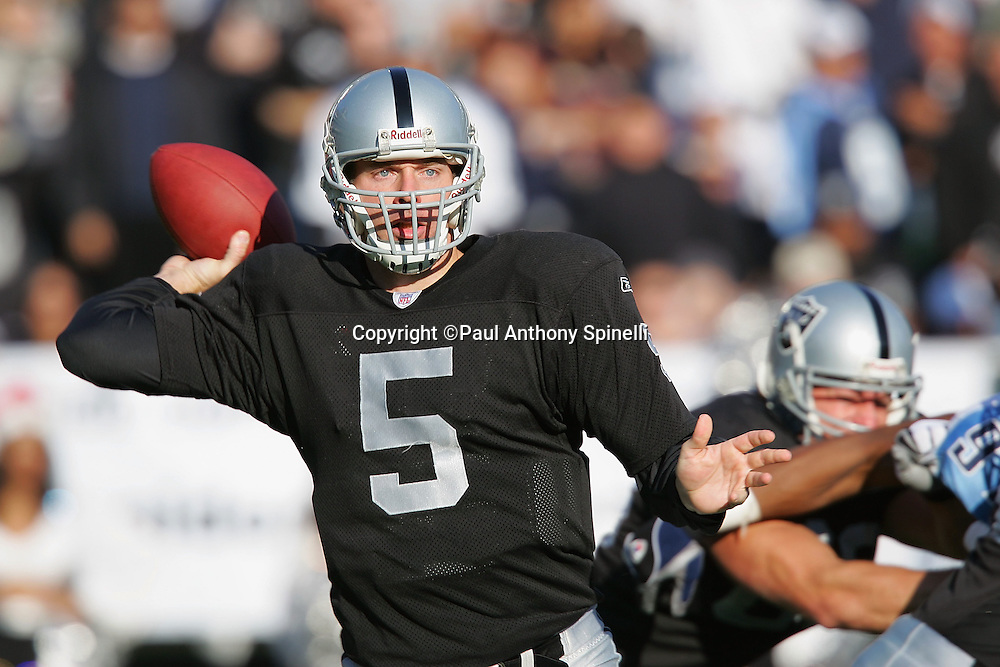