ANAHEIM, CA - JUNE 16: Chris Iannetta #17 of the Los Angeles Angels of Anaheim slides but is out at second base on a double play executed by Robinson Cano #24 of the New York Yankees in the bottom of the 2nd inning during the game against the New York Yankees on Sunday, June 16, 2013 at Angel Stadium in Anaheim, California. The Yankees won the game 6-5. (Photo by Paul Spinelli/MLB Photos via Getty Images) *** Local Caption *** Chris Iannetta;Robinson Cano 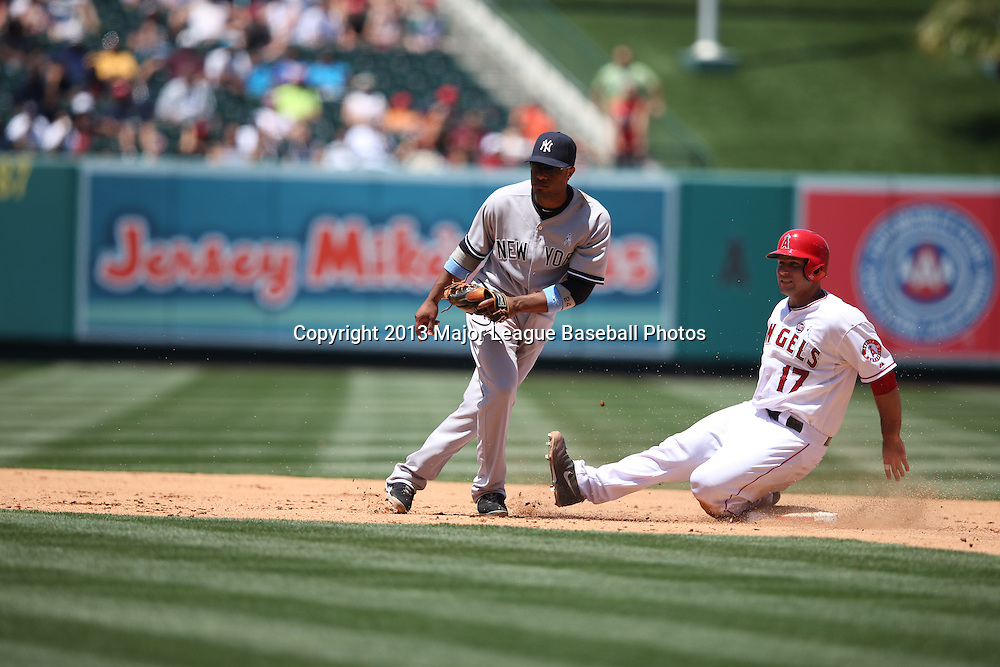