ANAHEIM, CA - JULY 24: Trevor Plouffe #24 of the Minnesota Twins flies out for the second out in the top of the 5th inning while Chris Iannetta #17 of the Los Angeles Angels of Anaheim catches and home plate umpire Mike Muchlinski #76 calls balls and strikes during the game against the Los Angeles Angels of Anaheim on Wednesday, July 24, 2013 at Angel Stadium in Anaheim, California. The Angels won the game in a 1-0 shutout. (Photo by Paul Spinelli/MLB Photos via Getty Images) *** Local Caption *** Trevor Plouffe;Chris Iannetta;Mike Muchlinski 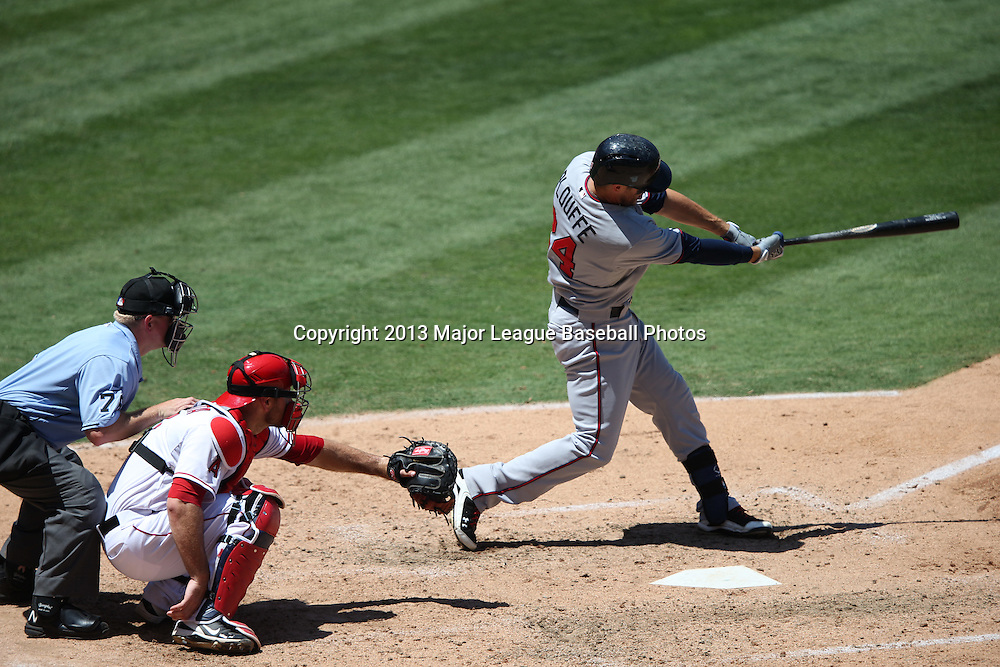