ANAHEIM, CA - JUNE 15: Erick Aybar #2 of the Los Angeles Angels of Anaheim gets congratulations from teammates as he enters the dugout after hitting a home run good for a 1-0 lead in the bottom of the 2nd inning during the game against the New York Yankees on Saturday, June 15, 2013 at Angel Stadium in Anaheim, California. The Angels won the game 6-2. (Photo by Paul Spinelli/MLB Photos via Getty Images) *** Local Caption *** Erick Aybar 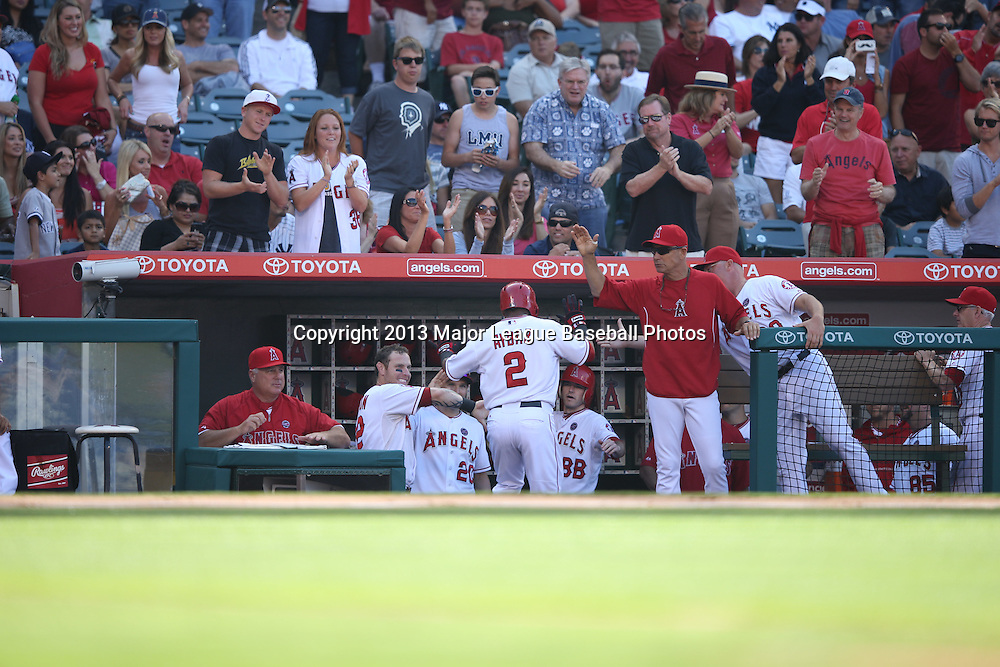